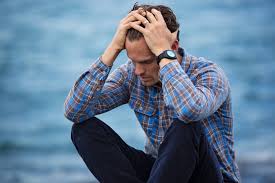 Okay, unless you needed a fiver desperately, you’d wait until tomorrow.

There’s usually one main reason people join a network like this – to get more business. 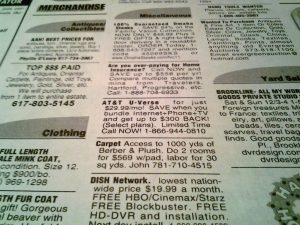 But if you bought a newspaper that only had ads in it, would you ever buy it again?

There’s a reason why we have rules about NOT selling in group chat.

Because me and Pam have been in groups before where that happened.

Now back to that analogy – if you’re patient, you’ll get the result you want – without having to just sell-sell-sell. If you do, you probably won’t even get the fiver – people won’t buy who they don’t know.

The cliche is true – people buy people. And for people to buy you – and a natural extension of that – what you offer, all you need to do is turn up.

It doesn’t have to be every day. But pop in to the group chat every now and again, and you stay top of mind.

But what do you say in group chat if you’re not talking work? How can trivial chat lead to business?

You’re A Professional! You Don’t Have Time For Trivial Nonsense

This is an argument I’ve had throughout my working life. In fact, for many years, I struggled because I was that robot. I was acting like an exaggerated caricature of the corporate jargon we all deep down resent.

Andy saved me. One of our engineers from way back in my IT days. I was all suit, PowerPoint slides, glossy brochures, formal handshakes, and structured prospective client meetings.

Andy was a talented engineer. He really knew his stuff. One client – a really well spoken individual from one of the main professions, had suffered my meetings.

(Names and detail changed or withheld to protect the potentially guilty).

He had asked some pointed questions about my proposal. And I suggested a follow-up meeting where I brought Andy to break down the technical detail of the network installation we were proposing.

I was there. Andy wasn’t. He’d called to say he would be a bit late. I apologised to the client. My formal small talk while we order the tea. Then the door sprung open. In hobbled Andy.

“Aright mate – sorry I’m late. Came off my bike.” – he was rolling his shoulders before leaning in for the handshake, grimacing.

His leathers were scuffed and torn. Turned out a car had pulled out in his path and he’d hit it at speed and come off.

Apart from being the most technically brilliant IT engineer I have ever met, he was also a Supa-Moto bike racer. Arguably the most suicidal track sport because you traverse mud, gravel and tarmac on the same machine and set of tyres.

Virtually every weekend, Andy comes off his bike – at greater speeds than this incident. Anyway, he continued…

“I aint getting any younger – takes me a little longer to shake off a fall.”

“Not like in my younger days where we’d jet down to the ferries and pop across to Amsterdam for a weekend of wacky-backy.”

My jaw-dropped. All that work I had put in presenting to this client. And here’s Andy talking about his misspent youth. “He’s blown it” I thought.

My corporate-jargon self mentally slumped. It was lost..

But the client smiled. He continued to hark back to his student days, quaffing the odd joint himself with some fondness.

They exchanged stories, while I hesitatingly smiled. To cut a long story short. We got the deal. We got many deals over many years with the same client.

Andy was himself. The client bought him for who he was. Yes, he also proved he knew what he was talking about – and that first project was a huge success.

But do you get the point? People do buy people. And no, I am not suggesting you go as far as revealing all your secrets from your wild teenage days.

Just be yourself. Join in. Start conversations. Share what you’re doing. Ask business questions too – share experiences. Challenges. Ask for help. Give help.

In short be a part of the community – not a corporate robot.

Why Do Some People Leave The Group?

Mainly because they don’t get it. They don’t get their “fiver”. Or not as quickly as they hoped. They’re like the headline of this article – they need sales right now. They don’t have time to wait.

They scurry from network to network. From marketing fad to fad. Rarely investing enough money or time to make anything work. Because some things are not “fads” – they need proper time, consideration and investment.

Not the machine-gun sales approach of pitching anything that moves hoping enough say yes.

This however is networking. It’s investing. Sowing seeds. Gently building and nurturing relationships until the day comes when the people you get to know, need what you offer.

But It Can Also Happen Fast – People Leaving Has Its Benefits

At the time of writing, we are about to launch group 3. This takes our total to 4 groups overall if you include our Singapore group.

But those who leave mean we keep the groups balanced and at around or above the 150 people level.

That means introductions – whenever we add somebody to the group – and you will see this in time – introductions often lead to enquiries. That’s why we recommend as many people as possible re-introduce themselves.

Myself and Pam have now lost count of the number of times a new member introducing themselves – followed by others doing the same – leads to a spark of interest.

It’s the one time we encourage you to blow your trumpet.

Tip: create an intro. Save it. Copy and paste in when a new member starts. Those using Business WhatsApp – save it in your Short Replies.

Having to gain new suppliers has certainly been easier with this group ?

Linkedonline has been great for me to connect easily to business owners since relocating my business and myself back to Liverpool.
Having to gain new suppliers has certainly been easier with this group ?

Love the group. Met some great contacts that I currently get work referrals off. Was invited to Liverpool Property Network Group through Pam Case, which I’ve also made a few great contacts through. Would highly recommend joining in these groups.

I can’t recommend it enough

Hey Pam, this group has been brilliant and has been so accepting of me, I can’t recommend it enough.

I’m so glad I came across this group

I’m so glad I came across this group. Such professionals and engaging – real human beings. ☺I’m grateful for being the opportunities this has presented me with xx

No events booked yet

Friend…and the Linked Online member of the month is…

Shall We Buy Local? And Have Others Buy Local From Us?

Well at the time of writing, that’s precisely the question w...

Liverpool is such a vibrant, multicultural, happening city r...

“If I were Prime Minister, I would put two pence on the pric...

Find out more or adjust your settings.

This website uses cookies so that we can provide you with the best user experience possible. Cookie information is stored in your browser and performs functions such as recognising you when you return to our website and helping our team to understand which sections of the website you find most interesting and useful.

Strictly Necessary Cookie should be enabled at all times so that we can save your preferences for cookie settings.

If you disable this cookie, we will not be able to save your preferences. This means that every time you visit this website you will need to enable or disable cookies again.